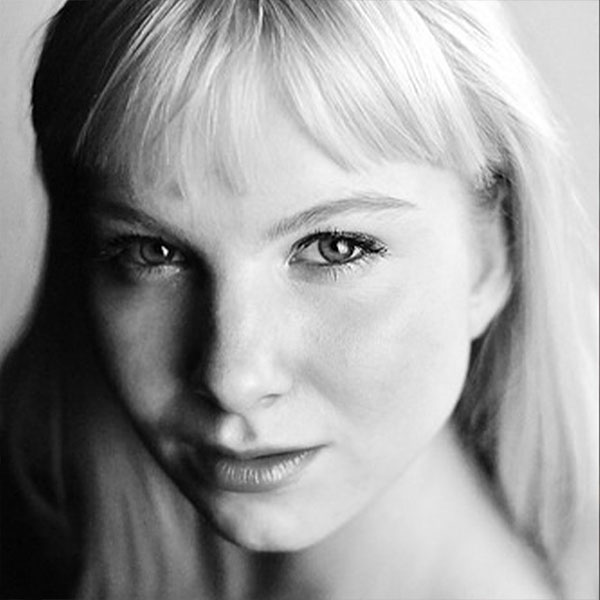 Charlotte trained at The Royal Ballet School,White Lodge.She was a finalist in the Ninette de Valois Junior Choreographic competition for three consecutive years. She won the Kenneth MacMillan Senior Choreographic Competition in 2011 and 2012 with both works featured in The Royal Ballet School end-of-year performances at the Linbury StudioTheatre.While at the School Charlotte performed with The Royal Ballet in Tales of Beatrix Potter, Swan Lake, The Nutcracker,the role of Duck in Matthew Hart’s Peter and theWolf and in a duet choreographed by Liam Scarlett at the Westminster Abbey service dedicated to the Founders of the Company. In 2013 at the age of 16 years, she was given her first choreographic commission as Causeway Artist in Residence with the Yorke Dance Project, No Strings Attached, which premiered at the Lilian Baylis Studio at Sadler’s Wells. She created a short dance film The Indifferent Beak for The Royal Ballet as part of Deloitte Ignite 2014, participated in Notes, Steps,Timelines and Collaborations a composer and choreographer programme by the Royal Philharmonic Society Drummond Fund, and has worked with dancers from The Royal Ballet, Birmingham Royal Ballet, Royal Ballet School and Dutch National Junior Company. Charlotte completed a degree at Rambert School of Ballet and Contemporary Dance in June 2015. She joinsThe Royal Ballet for the 2015/16 Season as the first choreographer to participate in the new Royal Ballet Young Choreographer Programme mentored by Kevin O’Hare and Wayne McGregor. She is the commissioned choreographer for the Royal Academy of Dance Genẻe 2015, London, Sadler’s Wells.