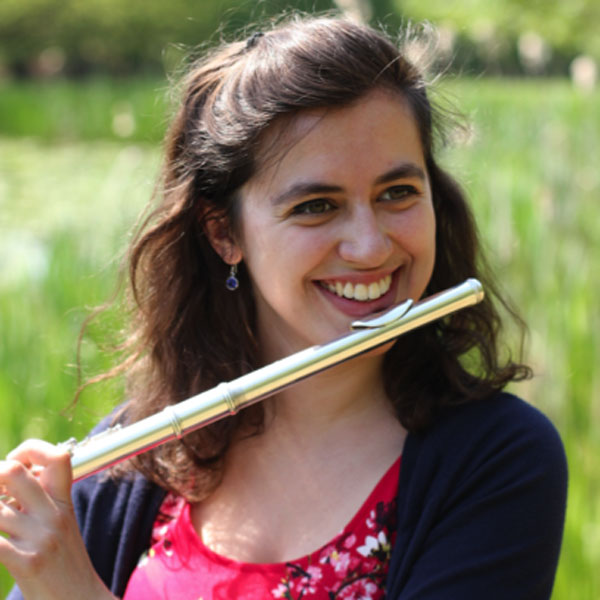 Katie has enjoyed various chamber and orchestral opportunities since moving to London, including performances with Queen’s Park Sinfonia, Bury Court Opera and Winchester City Festival Orchestra. Katie also thoroughly enjoys combining theatricality with her playing. She has performed as a flute-playing blackbird in Bury Court Opera’s Mad King Suibhne, and spent 6 months onstage in the production Any Port in a Storm with Giffords Circus. She is currently on the Bournemouth Symphony Orchestra Training Scheme.

In 2018, Katie won the Flutes in Tuscany Young Artist competition held in Tereglio, where she performed a solo recital and gained a sponsored place as part of her award. She also won a place in the final round of the Harold Clarke Woodwind Competition 2018 and 2019. In recent years, Katie has won the Birmingham Conservatoire Woodwind Prize, has been Highly Commended in the British Flute Society Competition and performed as a finalist in the Doris Newton Club Prize.