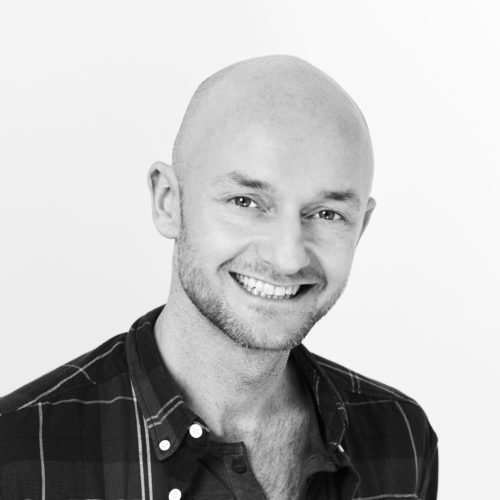 Phil Sanger trained in Yorkshire between Barnsley College andThe Northern School of Contemporary Dance. As a student he worked with many choreographers including Fin Walker, Hofesh Schector, Kim Brandstrup and Janet Smith. After graduation he joined Shobana Jeyasingh Dance Company and then went on to become a member of Phoenix Dance Theatre from 2009 to 2014. Earlier this year Phil joined Vincent Dance Theatre for the company’s birthday celebrations; 21 years/21 works and is now touring Carlos Pons Guerra & DeNada Dance theatre’s triple bill; Ham & Passion. In a career spanning 15 years he has performed work by Philip Taylor, Richard Alston, Aletta Collins, Rui Horta, Robert Cohan and Douglas Thorpe among others. Phil joined Yorke Dance Project in 2014 for the tour of Figure Ground in spring 2015 and is excited to be part of the companies future plans. Since 2008 Phil has been receiving support from Arts Council England for the development of his own dance practice, this provides an outlet for artistic expression through collaboration, non- conventional performance, research and exploration of evolving arts practices.The most recent successful bid to the Arts Council will facilitate a sequential research and development intoThe Dancing Plague,an on going collaboration with Azzurra Ardovini, Josh Wille, Andrew Walker and Caterina McEvoy.