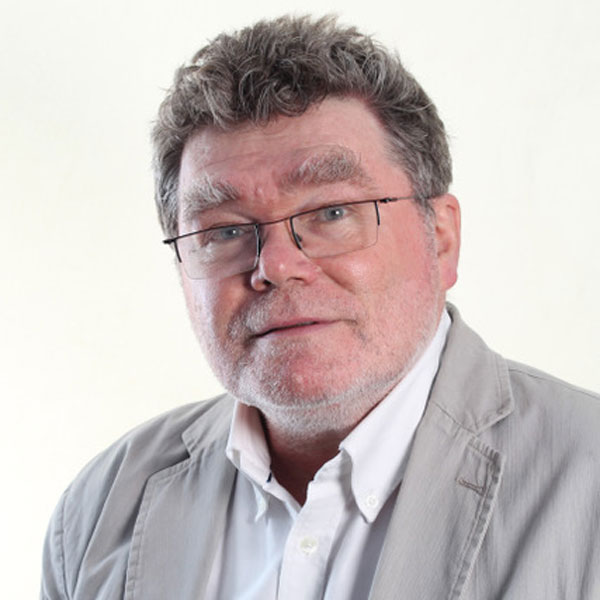 British composer and pianist, Philip Feeney, studied composition at Cambridge, and at the Accademia di Santa Cecilia in Rome. He has composed extensively for dance, collaborating with many different and varied choreographers including Cathy Marston, Michael Pink, Didy Veldman, David Nixon, Sharon Watson and Adam Cooper for companies as diverse as Northern Ballet, Rambert, Ballet Black, Cullberg Ballet, Boston Ballet, The Joffrey Ballet, Fabulous Beast, Scottish Dance Theatre, Milwaukee Ballet and Les Grands Ballets Canadien de Montréal. He has also established an enduring collaboration with choreographer Michael Keegan-Dolan, most notably on Giselle and the award winning The Bull for Fabulous Beast. Feeney’s compositions range from full-length orchestral ballet scores to electro-acoustic soundscapes, jazz and hip hop scores. The fruit of his long-standing association with Northern Ballet are eight full-length ballets, including two versions of Cinderella, the classic original production by Christopher Gable (1993) and a new interpretation for David Nixon’s production of 2013. With choreographer Michael Pink, he has assembled an impressive back catalogue of full-length narrative ballets, leading from the celebrated Dracula (originally created for Northern Ballet Theatre) to the landmark works produced for Milwaukee Ballet, Peter Pan (2010), Mirror Mirror (2014), The Picture of Dorian Gray (2016) and Beauty and the Beast (2018). Most recently, the Royal Ballet commission, The Cellist, is the latest ballet in a series of rewarding collaborations with choreographer Cathy Marston, including the critically acclaimed ballets, Jane Eyre and Victoria for Northern Ballet, together with The Suit for Ballet Black, Snowblind (San Francisco Ballet), and Lady Chatterley’s Lover (Les Grands Ballets Canadien). His forthcoming work includes Of Love and Rage for choreographer Alexei Ratmansky for American Ballet Theatre. He continues to work as a longstanding accompanist at the London Contemporary Dance School, as well as holding the post of composer in residence with Ballet Central which he has held since its inception, composing up to fifty scores for the company.