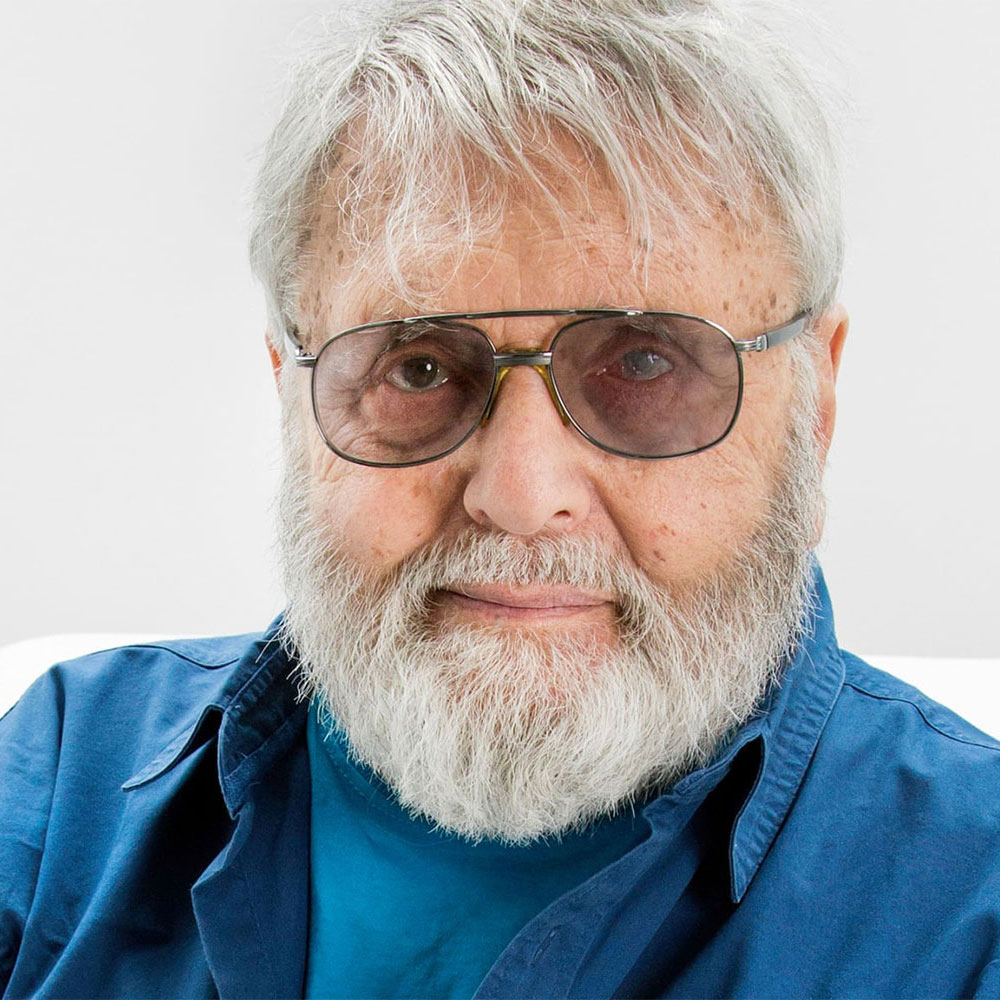 Born in New York in 1925, Sir Robert Cohan, after seeing active service in WW2, trained at the Martha Graham School in his home city; he progressed quickly and joined the  Martha Graham Dance Company in autumn 1946. He quickly moved to soloist and then performed throughout the world as a partner to Graham herself. He left in 1957 to start his own small group of dancers and started his long career as a choreographer.

Sir Robert’s influence on the development of modern dance in Britain is unmatched. Having pioneered the teaching of contemporary dance technique in Britain, he was instrumental in the development of a vast following, not only for the repertory of LCDT in the 70s and 80s but through his pioneering residencies throughout the country he laid the groundwork for the many other British companies that followed.

As director of LCDT he created, in collaboration with leading composers and designers, many works for the Company. These included Stages, No Man’s Land, Stabat Mater, Forest, Class, the full length Dances of Love and Death (commissioned for the Edinburgh Festival), Ceremony, Interrogations, Agora, Phantasmagoria and Video Life.

BBC TV, who commissioned A Mass for Man broadcast in 1985, has also broadcast his Waterless Method of Swimming Instruction, Cell, Forest, Stabat Mater and Nympheas.

With LCDT he won the 1975 Evening Standard Award for The Most Outstanding Achievement In Ballet and in 1978 a similar award from the Society of West End Theatre (now the Laurence Olivier Award). He has also been given several honorary doctorates including from the Universities of Kent, Exeter, Winchester and Middlesex where he is also distinguished visiting professor in dance . In 2013, he was awarded the De Valois Award for Outstanding Achievement in Dance . In 2017 he received the Lifetime Achievement Award from the Bonnie Bird Fund.

From 1989 Sir Robert worked as a freelance choreographer and created several ballets for Scottish Ballet as well as for companies in Germany and Italy. He was the Artistic Advisor to the Batsheva Dance Company from 1980 to 1990 and choreographed several works for them and the Bat Dor Company.

As a master teacher of contemporary dance he has taught extensively. Besides being a senior teacher at the Martha Graham School he worked at The Julliard School, Harvard, Radcliffe College, and the University of Rochester in the USA, York University and Simon Fraser University  in Canada and at many institutions in the UK and Europe.

Since returning to the UK in 2013 after a number of years living in France, he has been much in demand as an eloquent and charismatic speaker and teacher. He has restaged his works for Middlesex University and the Rambert School.

Beginning in 2013, Sir Robert has worked closely with Yolande Yorke Edgell’s Yorke Dance Project which has been instrumental in re-introducing his work to U.K. audiences. He has created six new works for the company which have toured the U.K. and U.S.A. His most recent work for them, the 30 minute Communion was shown at The Royal Opera House in May 2019. In addition, he works closely with Yorke Edgell on the Cohan Collective. This was founded in 2015 along with the distinguished composer and long-time Cohan collaborator Eleanor Alberga. This has developed into a three phase professional development course that spans three years and focuses on highly detailed collaborations between choreographers and composers.

In 1988 Robert Cohan was awarded an honorary CBE in recognition of his outstanding contribution to dance. He took British nationality in 1989. In 2019, for services to dance and choreography he was awarded a knighthood in The Queen’s Birthday Honours.

His biography, written by Paul RW Jackson and entitled The Last Guru, was published by Dance Books in 2013.