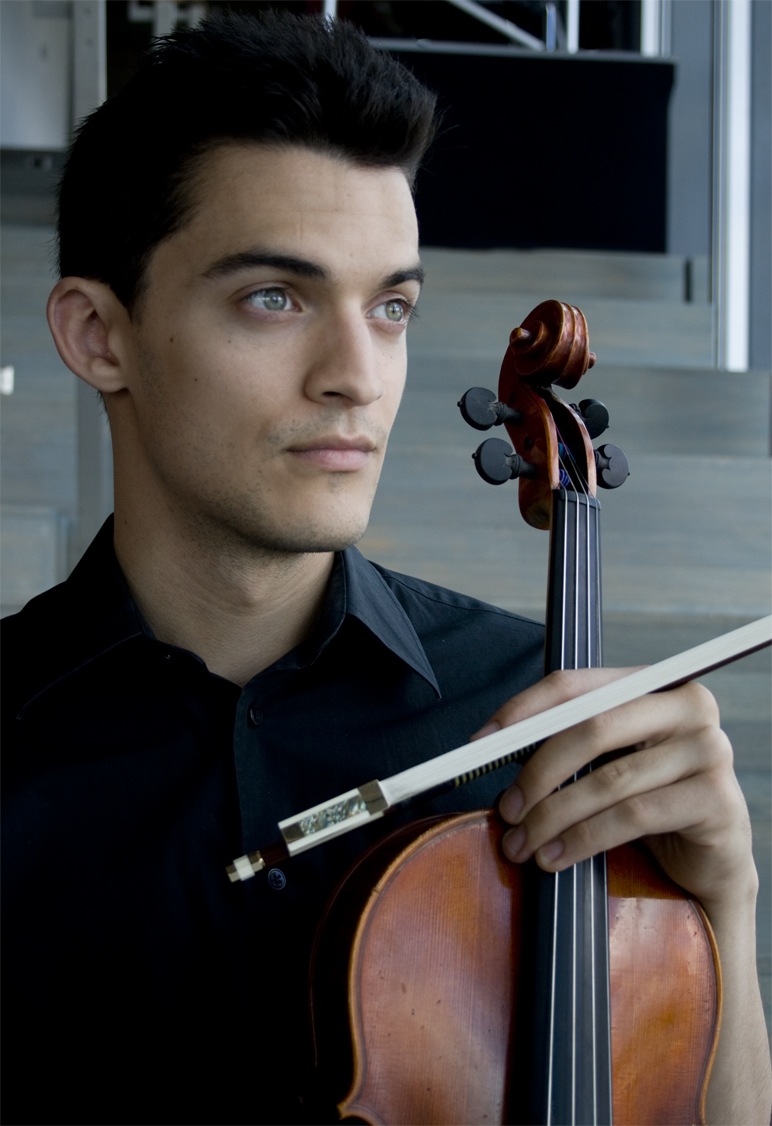 Always in search of new musical horizons, violist Stephen Upshaw is emerging as a creative force on the international music scene.
Since making his concerto debut at 17, he has won several competitions and played in festivals around the world including the BBC Proms, Cheltenham, IMS Prussia Cove, Lucerne, Brighton, Huddersfield, Aix-en-Provence, Wien Modern, Oxford Chamber Music, Donaueschingen, Musica Nova and the Salzburg Chamber Music Festival alongside artists such as Tai Murray, Gary Hoffman, Sheku Kanneh-Mason, Philippe Graffin, Jennifer Stumm and Garth Knox. In recent seasons, recital and chamber music engagements have brought him to Boston’s Jordan Hall, London’s Barbican Hall, Wigmore Hall and Royal Opera House, Tokyo Opera City, Weill Recital Hall at Carnegie Hall and Vienna’s Konzerthaus.
A noted interpreter of contemporary music, Stephen has worked regularly with groups such as Ensemble Modern, Ensemble Intercontemporain, Klangforum Wien, Ensemble Proton (Switzerland), Norrbotten NEO (Sweden), Le Balcon (Paris), Aurora Orchestra and Rambert (London), and the Bodø Sinfonietta (Norway). He has worked closely with many of today’s leading composers such as John Adams, Heinz Holliger, Julian Anderson, George Benjamin and Christian Wolff, and has premiered works of Georg Haas, Sally Beamish (alongside the composer) Mark Simpson and Michael Finnissy, who both composed  solo pieces for Stephen. Since 2015 he is also violist and artistic board member of London’s acclaimed Riot Ensemble.
Recent solo appearances include: Feldman’s complete “The Viola in My Life” at Cafe Oto and “Rothko Chapel” with the New London Chamber Choir, Jonathan Harvey’s Jubilus and Benjamin Graves’ new concerto “Four Façades” with the Riot Ensemble, a solo recital in the Time of Music Festival (Finland) and another in partnership with Nonclassical.
A passionate chamber musician, Stephen has toured the USA, Europe and Asia with the Academy of Saint Martin in the Fields and its music director, Joshua Bell, having also collaborated with the London and Irish Chamber Orchestras. Chamber Music mentors include, among others, Paul Katz, Ferenc Rados, Alasdair Tait and members of the Takacs, Belcea, Endellion, Arditti and Borromeo Quartets. He was formerly a member of the London-based Geminiani Quartet, who earned first prize in the Alexander and Buono International String Competition and won the ISA prize (Austria) for their interpretation of music of the Second Viennese School.
Additionally, Stephen has a strong interest in synthesizing music with other fields and has helped realize collaborative projects with the Boston Architectural College, Transport Theatre Company, Rambert Dance Company and Parasol Unit Art Space. He was also the artistic director of “Sounding Motion” – a company exploring the relationship between live contemporary chamber music and dance. Recognized for his work in this area, Stephen was recently invited to give  presentations at the New England Conservatory, University of Sussex and  Auburn University on the topics of contemporary music, entrepreneurial musicianship and interdisciplinary collaboration and has also given masterclasses and lead seminars at Trinity Laban.
A native of Atlanta, he studied with Dr. Marilyn Seelman before earning a BMus(Hon) from the New England Conservatory in Boston where he studied with Carol Rodland and Martha Strongin-Katz. Additionally, he has appeared in masterclasses with Thomas Riebl, Andras Keller, Kim Kashkashian, Pinchas Zukerman and Nobuko Imai.
Stephen completed his Postgraduate studies in the class of David Takeno at the Guildhall School of Music and Drama, where he was elected a Junior Fellow, and is grateful for support from the Guildhall School Trust, Help Musicians UK, the Albert Cooper Memorial Trust and the Nicholas Boas Charitable Trust.
In 2016 Stephen was awarded a prestigious soloist Fellowship from Trinity Laban College of Music and Dance.
Stephen plays a 1715 Daniel Parker school viola currently made available to him by Nigel Brown and the Stradivari Trust.